Topchanchi Lake Park Jharkhand: If you are a nature lover like me, try not to miss this beautiful Top chanchi Lake Park. The front view of the dam from the lake is astounding. I was totally overwhelmed by the rich biodiversity there. Overall the experience was something which I cherished even after I returned.

The Sun Temple in Ranchi is a modern endeavour, in order to boost the tourism industry of the city and the state of Jharkhand. The architecture of the temple is influenced by a number of popular temples in India. Many features have been borrowed from the Cholan Dynasty Temples of Southern India.

The Konark Temple is also a great influence on its architecture. The tourism in the region was boosted significantly once the Sun Temple was completed and opened for the general public. Many local hotels and restaurants also flourished because of a huge influx of local and international tourists.

The temple traditions are strictly followed and magnificent ceremonies are organised on all major festivals. The local residents have immense faith on the temple and they take care of the temple premises with conviction and passion. The love of god brings the society together and acts as social glue. The temple is located on the Tata Steel City Road from Ranchi in the Bundu block. The temple is accessible by road and private taxis as well as public buses are both available for transportation to and from the Sun Temple.

The temple is designed as a Chariot with 7 horses. The horses are spectacular and immense. These life size models were constructed by local artisans and their work is by all means unique and brilliant. The fine detailing of the horses almost make them look alive.

The wheels of the Chariot have been inspired from the Konark Temple and have a modern look to them. The interior design consists of mammoth pillars with intricate carvings and a tiled floor. The paintings on the floor tiles are also polished and detailed.

The temple premises are overcrowded during the Chhath festival which is extremely popular and relevant in East and Northern India, especially in the states of Bihar and Jharkhand. The pond located centrally in the Sun Temple is visited by thousands of pilgrims from all around the country during this season.

The temple organisers have made extensive arrangements for handling large crowds and the overall experience of visiting the Sun Temple is satisfying and peaceful. I am happy that I decided to visit the Sun Temple.

Jharkhand is not only known in India but across the globe for its rich tribal culture and heritage. The very fact that tribal culture and traditions stay alive in the state even today is appreciable. Whether it is in festivities, local cuisine or language and dialects a hint of glorious tribal heritage is present everywhere.

The simplicity and innocence of Jharkhand’s people in the present day and age is a consequence of their tribal roots. The Tribal Culture Center in Mango, Jamshedpur is an excellent step towards not only conservation but development of tribal cultures and traditions in the state of Jharkhand and Orissa. The center has been established by Tata group and is another philanthropic venture of this nationalistic enterprise.

I decided to visit the cultural center because to me a trip to the state of Jharkhand could not be complete without a glimpse of the beautiful languages, cuisine and traditions of native tribes. The Ho, Oraon and Santhali Tribes have prospered in the region for thousands of years and probably more.

The TCC or the Tata Steel’s Tribal Culture Center is an innovative approach towards preservation of not only the scripts of these tribes but also the associated traditions, art forms and cuisine. Native children are being trained and developed into scholars of these languages so that this rich culture remains with the world for coming generations.

It was a privilege to visit the TCC for me. I got the unique opportunity to witness and experience tribal traditions of the state closely. As a professional chef and a genuine food enthusiast I was more than interested in learning about the traditional cooking techniques of these tribes. I also learnt a great deal about the ingredients and spices grown locally by these tribes and how cooking with spices and fresh herbs had developed into the proportions of a fine art in the region.

I must say that this was the most vivid experience I had in my visit to Jharkhand. Tribal heritage is the true essence and flavour of Jharkhand and the state owes its unique identity to this rich culture. I went back to my hotel with a bagful of recipes and a heart full of memories. 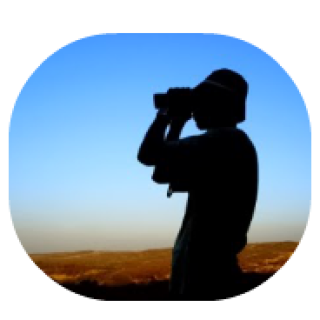